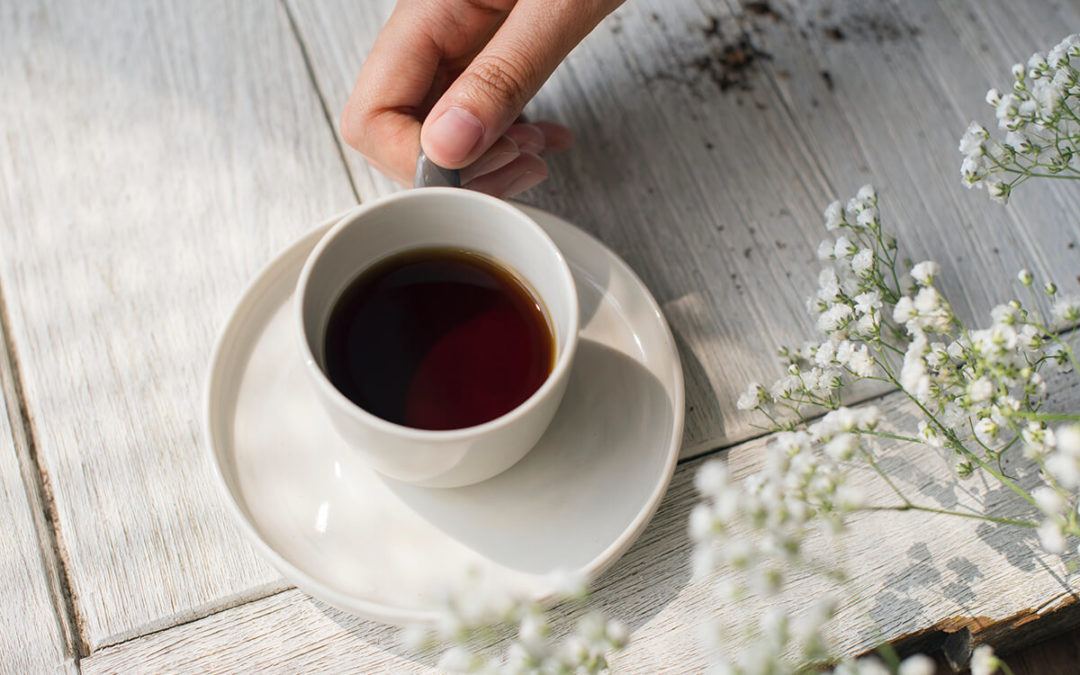 I have determined to give up coffee for a season, hopefully.

Before I had kids, I remember the 5 am drives through Starbucks on my early work commute to downtown Chicago. Venti coffee with creamer and Splenda. Oh, that was perfection to me! I would enjoy it all the way into the city as I woke up with the sun and started my day. Our world runs on coffee.

Two kids later and one commute gone, I’m lucky if I run through a Starbucks twice a year. However, I have loved my coffee at home. Oh the sweetness of french press coffee! Once we adapted to Paleo, half and half became almond milk, and Splenda became honey. That took a while to adjust to fully. But, I made the changes and was happy with them.

This morning I made my first french press non-coffee beverage. I did some research and purchased loose leaf dandelion tea and chicory. I added them to my french press and remained hopeful. These two teas are supposed to have a similar flavor to coffee. I disagree. I miss my coffee!

There is similarity in that the tea is bitter like coffee, so there is potential. Some AIP non-coffee drinkers enjoy dandelion tea by itself, but I found it to be so light in color that it didn’t resemble coffee in many ways. It was also incredibly bitter. Chicory added the dark color that coffee usually has, so today I tried a combination. I have no doubt that adding coconut milk instead of almond milk has made a HUGE difference as well.

The new flavors are strong, like coffee, but as I sip on it while I write, it is growing on me a little. If I recall, becoming a coffee drinker took some time in my early 20s. It wasn’t an immediate love relationship, so I am willing to give this some time too. I will continue to journey through the possibilities as I work toward healing my own body.