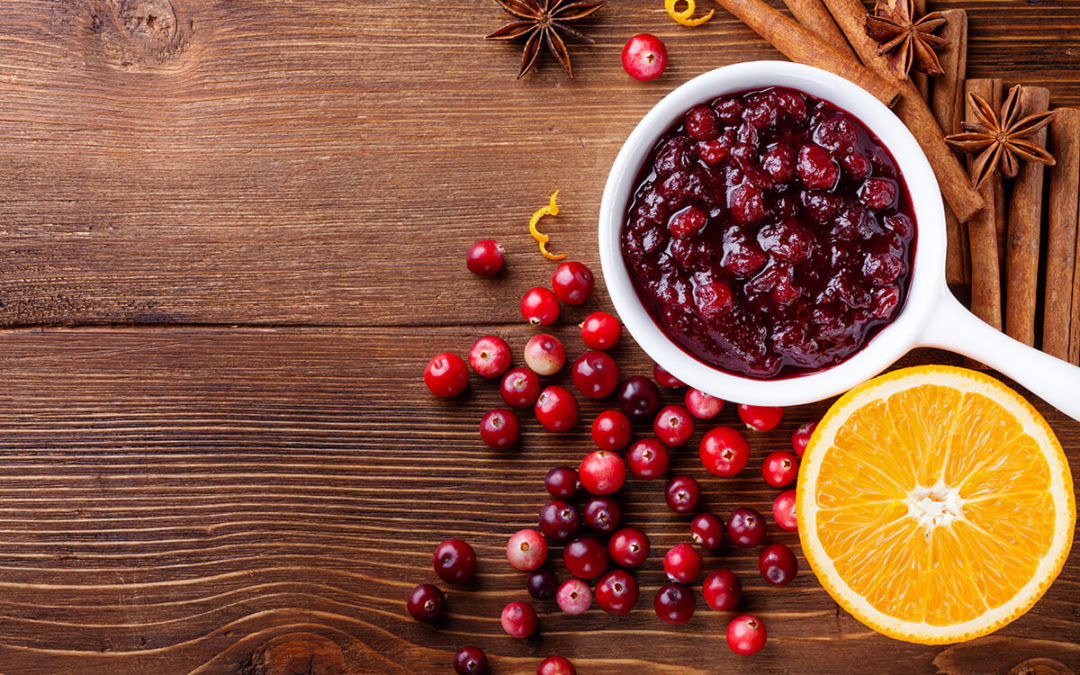 Is it me, or is cranberry sauce the one thing that people will either ask for or assume it will be served with turkey for Thanksgiving but no one will make? And has anyone asked, “Why cranberry sauce?” I have yet to figure that one out, but alas, who am I to mess with tradition? Besides, I like cranberry sauce!

So why is it that we don’t make it? Is it that no one has ever done it, or because no one is brave enough to try. Maybe it’s simply because “Aunt Mabel” has a recipe that she always makes, and it’s her tradition to bring it. But when Aunty doesn’t come to Thanksgiving, then what?

Is this what shows up on your Thanksgiving table?

The canned version is what I grew up having at the Thanksgiving meal table, and I didn’t know any different. I actually loved it as a kid! And for some reason even though recipes abound online for better cranberry sauces, this standard, can-formed, jellied sauce still flies off the grocery store shelves. I remain in awe of that fact, even more so after I decided that I would give cranberry sauce a try on my own stovetop.

So this year when I came home with two bags of fresh cranberries, I was determined to become “Aunt Mabel” and make my own. Where to begin? We usually start by doing a quick Google search for whatever recipe we’re wanting to find. For me, it was “cranberry sauce recipe”. However, I quickly realized that if I wanted to narrow my search to recipes that didn’t include tons of sugar and butter, then I needed to change my search to “Paleo cranberry sauce recipe”.

If you’re not one who follows the Paleo diet (which we do at our house), then why would you include the word “Paleo” in your recipe searching? Well, for starters, most people seem to realize that they need to change things in their diet, but many don’t know how to accomplish that when it comes to making their own food. Finding Paleo recipes will help you find ideas for food that will eliminate traditional dairy and sugars. For example, when I searched for “cranberry sauce recipe”, all the recipes I found used granulated or brown sugar. When I changed my search to include “Paleo”, the recipes changed to include honey, maple syrup, or coconut sugar. Since those are the sweeteners we use at our house, I wanted those recipes.

So this year, I overcame the hurdle and decided that homemade cranberry sauce will make it to our Thanksgiving table. Few foods that are brought to Thanksgiving can be made ahead, so this was an easy one to include in my preparations. And the best part is that it tastes amazing, if I do say so myself.

It’s Tuesday before Thanksgiving and you’re probably heading to the grocery store for a few last-minute things. If you are, then add a couple more items to your list and try making your own sauce this year. I did, and it turned out simply fabulous! But of course I didn’t just follow one recipe, I had to take the best of a few, and this Cranberry Orange Sauce is what I came up with. Enjoy!