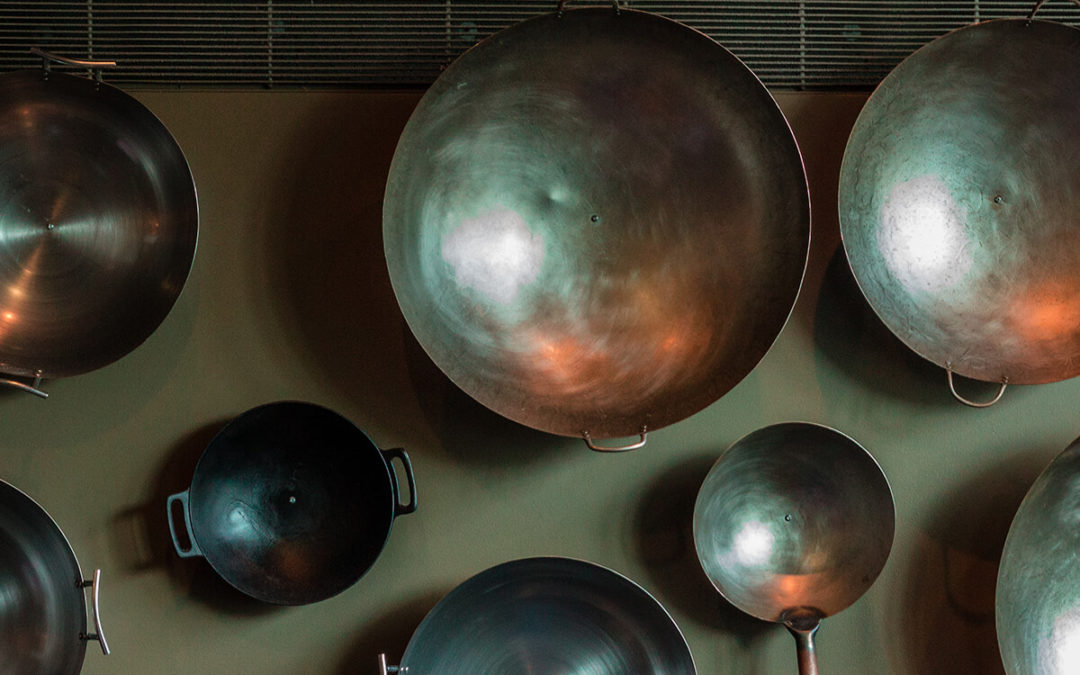 Do you have a cast iron skillet in your kitchen? I do, but I haven’t always used it. I own one large cast iron skillet, which I received as a shower gift for our wedding. And when I acquired my cast iron skillet, to be honest, it took me a while to see the benefit of having it. I simply knew it would be a good addition to my kitchen. I never, in a million years, would have guessed how much I would use it.

Today, this single cast iron skillet is almost always found on my stovetop, either dirty from just being used or clean because I’m going to use it again. It has become the single-most used pan in my possession. So what really is the big deal about cast iron?

First, let’s say that the teflon and other non-stick surfaces all have their weaknesses, even the earthenware ones that have been on the market recently. They deteriorate over time, leaving behind toxic surfaces that many of us continue to use, long after the finish begins to fall apart. Simply do a Google search on why not to use non-stick surfaces, and you’ll have an abundance of information.

So, because we know the risks of nonstick, we end up choosing stainless steel. I did. We buy steel because we believe it will last forever, and it most likely will. But if we admit it, we can’t figure out how to keep our meat from sticking too much. And we definitely struggle getting those eggs to come out of our beautiful steel too. Not to mention the clean up.

So what is the solution? Keep one nonstick skillet on hand for those cooking scenarios? That’s what I did for a while—until I fell in love with my cast iron skillet. Did you know that cast iron, if well-seasoned, functions like a nonstick surface? Yes, it really does. I use it for all of my meat and skillet-based meals. It even works for eggs. But what in the world is meant by “seasoned”? According to America’s Test Kitchen,

A well-seasoned skillet will have a dark, semi-glossy finish and won’t be sticky or greasy to the touch. It won’t have any rust or any dull or dry patches. An easy way to test a skillet’s seasoning is to fry an egg (heat 1 tablespoon olive oil in skillet over medium heat for 3 minutes, then add egg). If your pan is well-seasoned, you should not experience any major sticking.

If you find out that your cast iron skillet isn’t seasoned well enough, you can help it out by rubbing oil on the surface and heating it on the stove. Repeat this process as needed. And don’t give up on your cast iron. It is a long-term relationship, not just a single date.

Besides behaving like a nonstick surface, cast iron has two other amazing characteristics. One, it can go from stovetop to oven, and oven to table. I love serving skillet meals at the table! Two, you don’t have to scrub it. Actually, if you scrub it too much, you clean away all of the seasoning that gives it that nonstick quality. Simply use a scraper and paper towels to make sure it’s clean. But before you put it away, double check to make sure it’s dry (it can rust if left with water—I have learned the hard way) and rub 1 tsp of olive oil again on the surface.

To say that I LOVE my cast iron is an understatement. If you don’t have one, you will want to run out and get one. A good cast iron skillet can change the way you cook for the better. Happy cooking!

Here’s a few of my recommendations of products:

And don’t forget to make sure you don’t burn your hand—these don’t have protected handles (so they can go in the oven):
Skillet Hot Handle Holders